Guest Post: What difference does your writing make by Damyanti Biswas 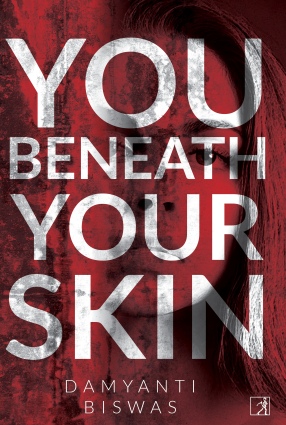 It’s a dark, smog-choked New Delhi winter. Indian American single mother Anjali Morgan juggles her job as a psychiatrist with caring for her autistic teenage son. She is in a long-standing affair with ambitious Police Commissioner Jatin Bhatt – an irresistible attraction that could destroy both their lives.

Across the city there is a crime spree: slum women found stuffed in trash bags, faces and bodies disfigured by acid. And as events spiral out of control Anjali is horrifyingly at the center of it all…

In a sordid world of poverty, misogyny, and political corruption, Jatin must make some hard choices. But what he unearths is only the tip of the iceberg. Together with Anjali he must confront old wounds and uncover long held secrets before it is too late.

What difference does your writing make in this world?

In another life, I used to work in the fashion design industry. In the New Delhi alleyways where I worked on projects involving embroideries and stitching, I saw many children and women in poor conditions. I myself earned very little.

Over the years, as my life improved, my memories of those places did not fade. I continued to follow the news, and found that every day on this planet, there is an injustice, a darkness, a tragedy. Like a continuous assault, they kept pinged on the windows of my consciousness.

A few years ago, after a life-changing event, I realised that the assault had reached unbearable proportions.

I asked myself the question: what difference are you and your writing making in this world?

In response, I decided to do two things at the same time.

In 2009, I’d been fortunate enough to meet Anouradha Bakshi, who runs Project WHY, a tiny organisation with a big heart: each year, this little non-profit helps about 1200 children, and  dozens of women, make a better life.

While visiting Project WHY, I visited alleyways similar to the ones I had seen during my work life, and decided to get involved. I helped with small donations, with work on social media, more visits, workshops with teachers.

In the meanwhile, my writing journey took off, and a novel took on a life of its own. Its world was quasi-real—I have been to many of the settings in the manuscript that ended up as You Beneath Your Skin. The slums of New Delhi. The Government hospitals. The police stations. The roads, of course. Posh homes. Shanties. The old monuments. The restaurants at 5-star hotels, and roadside eateries. In these locations I found dozens of stories, and also much inspiration to try and help wherever I could. I wrote them down and they began to interconnect.

There are characters in the novel based on the women and children I met. A few scenes, and definitely a lot of the setting came from Project WHY. While researching the novel, I began interacting with acid attack survivors at Stop Acid Attacks (Chhanv Foundation).

I heard so many stories. Stories of pain, of rage, of grief. Of deprivation. Of prevailing against the odds. Of small joys. Of friendships old and new.  Of change. Of remaining the same. All of these trickled into the novel, and over numerous drafts and years, You beneath Your Skin slowly took shape. In the meanwhile, I had developed not just a huge friendship with Anouradha Bakshi and what has now become my family at Project WHY, but also relationships with acid attack survivors.

Their stories are devastating—faces and bodies burned by friends, lovers, husbands, cousins—and yet, despite the attempt at obliterating their identities, these women have returned into society. They are undergoing painful surgeries and combating health issues caused by the attacks. The smiles on their faces tell a different story: a sisterhood of survivors, whose camaraderie and joie de vivre would touch one and all.

The tale of You Beneath Your Skin is fictional, and plotted as a crime thriller, but the issues dealt with are real. If the story resonates with audiences, it would be a way for me to be able to raise awareness on the issues I care about: the empowerment of women, and the right of all children to a safe childhood and an education.

Early reactions so far have been encouraging: there have been numerous discussions raised on misogyny, patriarchy, parenting, violence against women, and the education of children. Many ARC readers have also appreciated the book just as thriller—a whodunit that has kept them up at night, with characters who have remained with them long after they finished reading the story.

All my proceeds from You Beneath Your Skin go back to the women and children whose stories have informed the novel.

To join hands with me on empowering the very brave women and children who have been part of their novel’s journey, please pick up a copy, and if it moves you, leave a review, or donate a little to Project WHY and Stop Acid Attacks. You could also reach out to them via social media, or visit them if you ever visit India.

In a big bad world of injustices and darkness, I hope to create from this book a small, good thing.

Damyanti lives in Singapore, and works with Delhi’s underprivileged children as part of Project Why, a charity that promotes education and social enhancement in underprivileged communities. Her short stories have been published in magazines in the US, UK, and Asia, and she helps edit the Forge Literary Magazine. You can find her on her blog and twitter.

This entry was posted in Promotion and tagged Blog Tour, Guest Post. Bookmark the permalink.

13 responses to “Guest Post: What difference does your writing make by Damyanti Biswas”

If you're new to writing, ask me anything and if you're experienced, feel free to share what you know. Learning something new in the craft is always welcome. Cancel reply

This site uses Akismet to reduce spam. Learn how your comment data is processed.