I always think I’ll remember the steps it took to come from idea to book between covers, but I never do. There are so many twists and turns along that path, and even when I keep notes and old versions for reference, I can’t piece the process together. It’s always a jumble. I know that’s what my thinking process looks like–kind of messy, definitely non-linear, and quite confusing. It’s a wonder I get a book at the end.

As I was getting ready to write this post, I tried to remember where my “side-kick” character, Harley Cassiere, came from, so I went back to the first time she appeared in the story and discovered she didn’t materialize until the second draft. I’m so glad she did because she’s exactly the spirited young woman I needed–determined, feisty, and funny. In fact, I can’t imagine the book without her, so why did she arrive only after I’d written the first draft? I’ll never know.

The mystery element of the story was vaguely in the “plan”, and at first, I didn’t set out the scenes as separate chapters to develop it. Instead, I kept the plot unfolding through my main character’s eyes–Libby’s thoughts about her accident and the deductions she made. The separate chapters appeared in draft 2.5. That’s right. I stopped mid-way on my second round and decided the way I’d written this crucial part of the book was too dense. I needed to re-think how to weave it into the plot. Once I’d made the decision to change the structure, it was easier to finish the third draft.

No matter what book I write, I stumble across a major challenge when I write it. In Shattered it was writing about people adapting to physical disabilities without making the story tearfully sentimental or tragically sad. I wanted readers to relate to a larger idea–the idea that those with disabilities are people first. They’re like everyone; they have needs and desires, they have roles in their families and their communities, they have good days and rotten ones.

Another major challenge with this book was that I wanted to make it entertaining–something people would keep reading–but I couldn’t do that at the expense of being honest about what my main character faced. Libby’s story had to ring true to those who might relate to her, but it also had to appeal to a wider audience. To do that, I relied on the tone a lot, especially the interactions between Libby and Harley, but also on the internal thoughts that Libby had. Her thinking had to arc from fear, anger, and despair to acceptance, determination, and a new understanding of herself.

I hope I’ve succeeded on all fronts. I’m sure readers will let me know.

Thanks for letting me post here today, Anna. I so appreciate the generosity of bloggers who are willing to help me get the word out about this new book.

Nineteen-year-old Libby Brown is on her way to the winter Olympics for her shot at the Gold. But on a last practice run, an out-of-bounds snowboarder collides with her, and she wakes up in a hospital unable to move her legs. Terrible accident they say, but was it? Or did someone want her off the U.S. slalom team? Libby must find the truth or remain shattered forever. 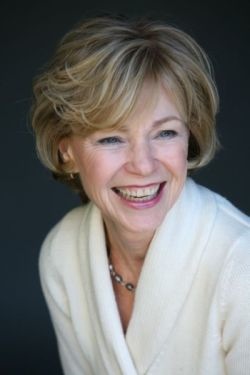 More About the Author and Her Books

I’m a native Californian who grew up in a lot of different places; then landed in the Santa Cruz Mountains. I write most of the time, hike and practice yoga a lot, and then travel whenever I can.

In my young adult books, I take on modern issues that today’s teens face in their daily lives. My Evernight Teen Publication, Double Negative was voted as one of the best top ten Young Adult books, 2019. My other books, The Princess of Las Pulgas, Sliding on the Edge, Sudden Secrets and Not Guilty are out to four and five-star reviews.

If you visit my website and sign up for my Email Connect (emails two times a month)there’s a free short story for you! Please stop by.

This entry was posted in Promotion and tagged Shattered. Bookmark the permalink.

If you're new to writing, ask me anything and if you're experienced, feel free to share what you know. Learning something new in the craft is always welcome. Cancel reply

This site uses Akismet to reduce spam. Learn how your comment data is processed.